I recently picked up this Selmer Soloist tenor saxophone mouthpiece from the 1950s. 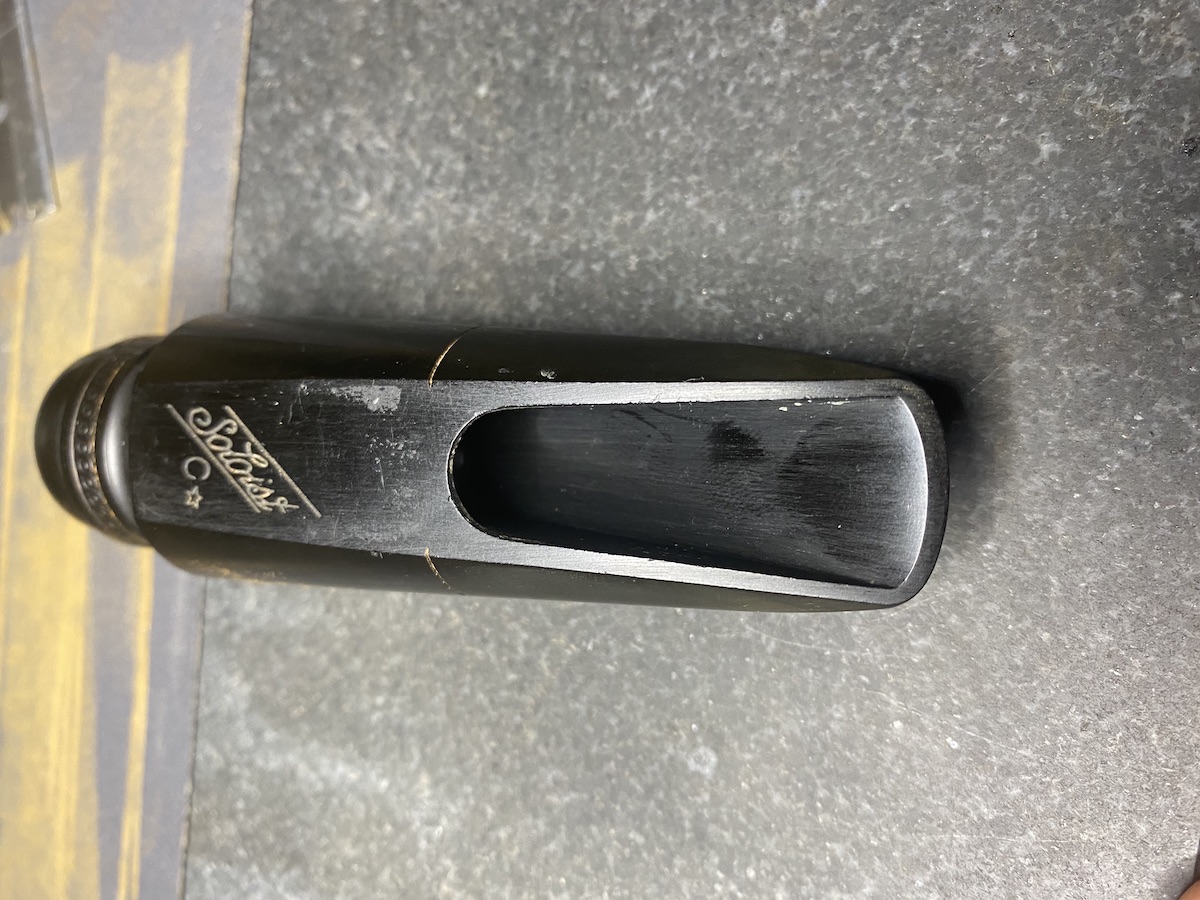 It is sort of gross, and has obviously been worked on. Due to the thickness of the tip rail & how uneven it is, I’m guessing this plays terribly. There’s no real point in trying it before I fix it up.

Originally, this mouthpiece would have had a tip opening around 0.071”, so it has already been opened up 0.02”. In the mouthpiece world, this is a decent amount.

Let’s look at the current facing curve to see what I’m dealing with.

Yikes. Someone hacked this up a bit. The facing is really crooked and really long. I’m targeting 54 (or 27mm) on the 0.0015” feeler gauge, so this facing is miles longer than it should be. I’d be surprised if this was playable at all. Look how crooked it was on the 0.010” feeler gauge!

First order of business is trying to flatten the table and chase the first measurement closer to where it should be. I’m going to end up losing some of the “Soloist” on the table, but so be it. 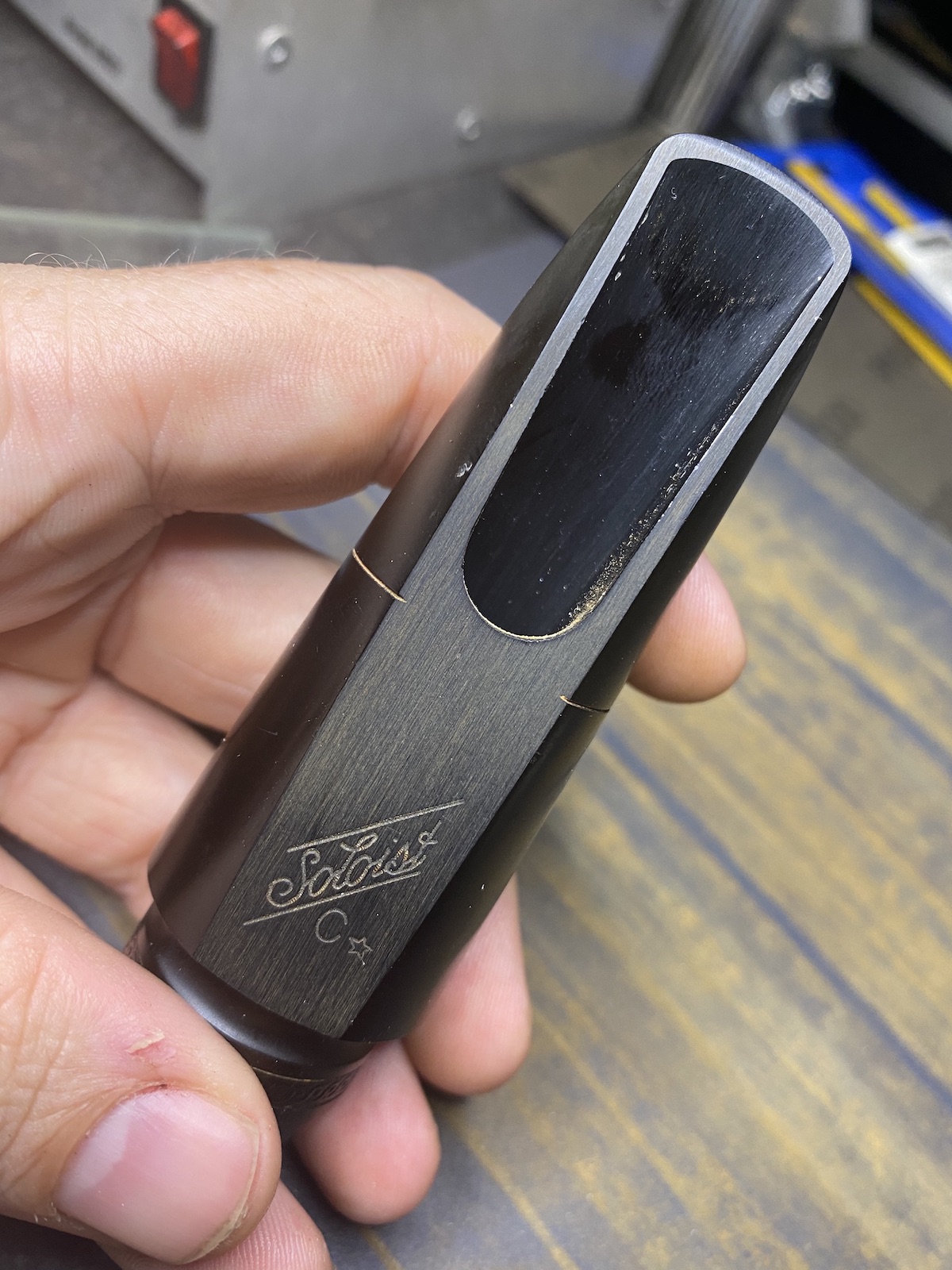 Even though I’m not bothering to measure closer to the tip, I was taking some full swipes up and hitting the tip. I know I need to straighten things out, and the right side of the piece needed more material taken off.

After a bit of time with careful swipes/remeasuring, we’re dead on the starting point I want, and I can start trying to correct the rest of the curve. 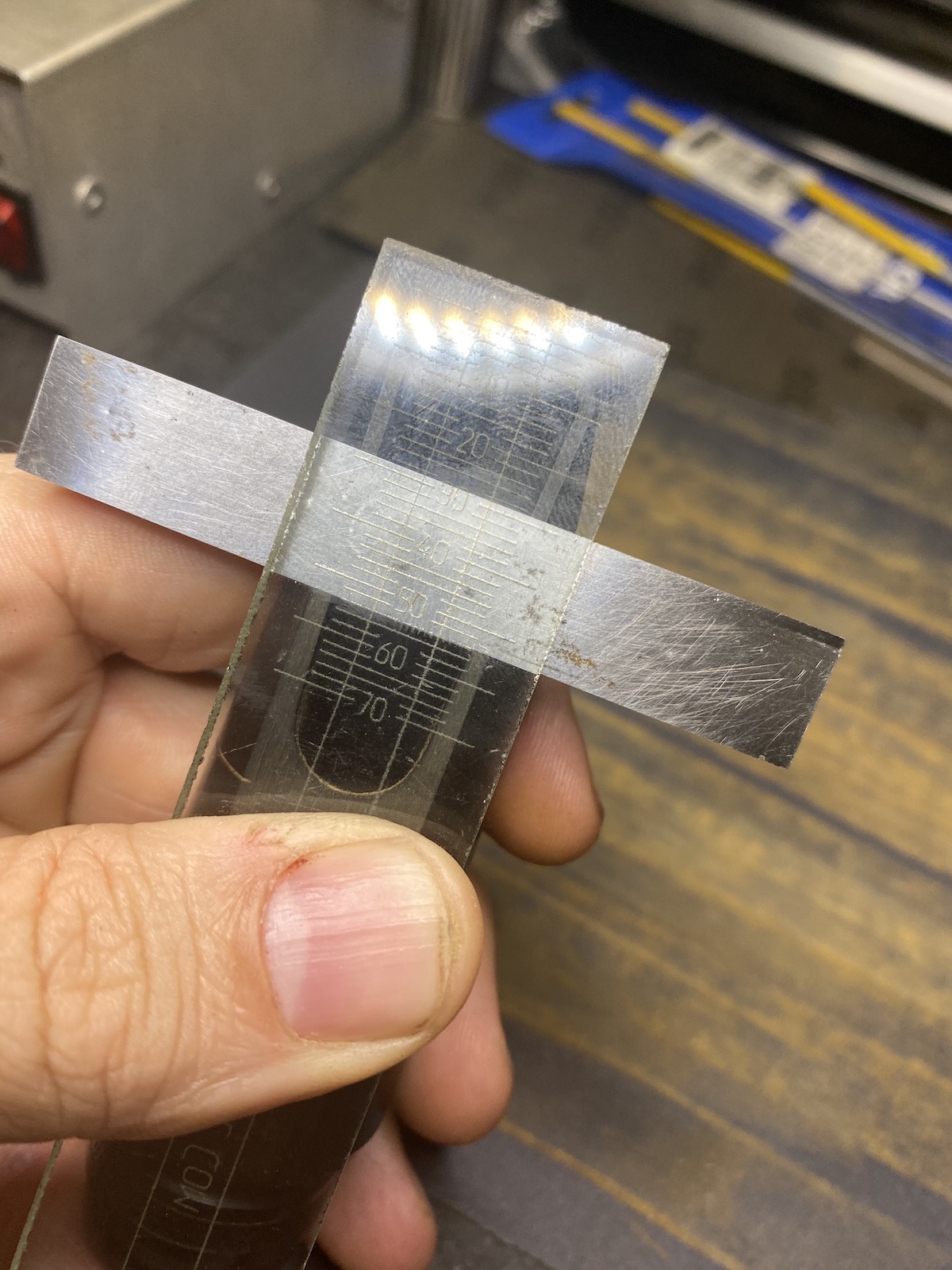 On this piece, I’m using the same basic facing curve that is on my old “Florida” Hard Rubber Otto Link that I got from Doc Tenney when I was in college. It plays like a dream. However, my Link is a 7* or 0.105”, but given that there’s a larger chamber on his Selmer, I’m going to back off to about 0.102”. For me that will work better. 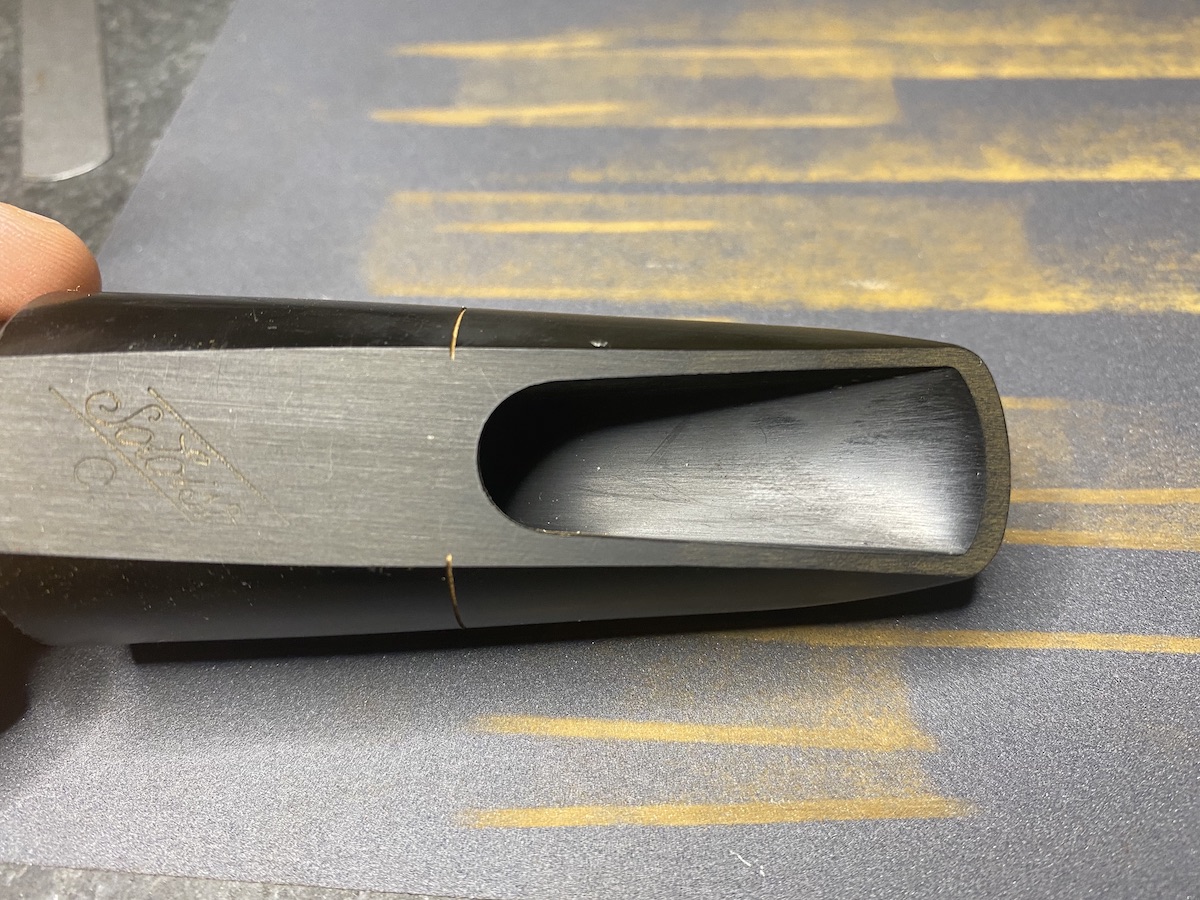 Now that the facing curve is good to go up to around the tip of the piece, it is time to start cutting back the gigantic tip rail I have now. 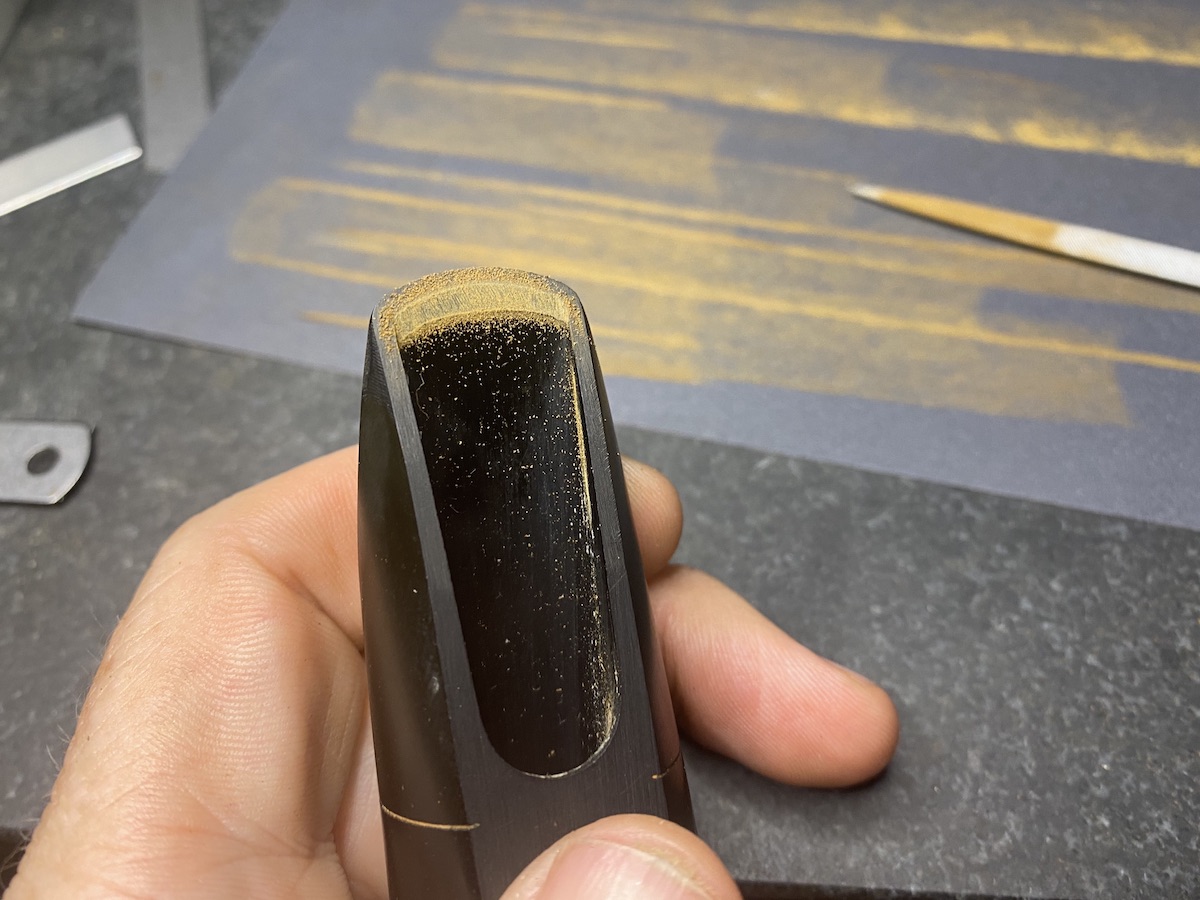 The goal here is to work back from the inside towards the tip of the piece and to create a new rollover baffle. 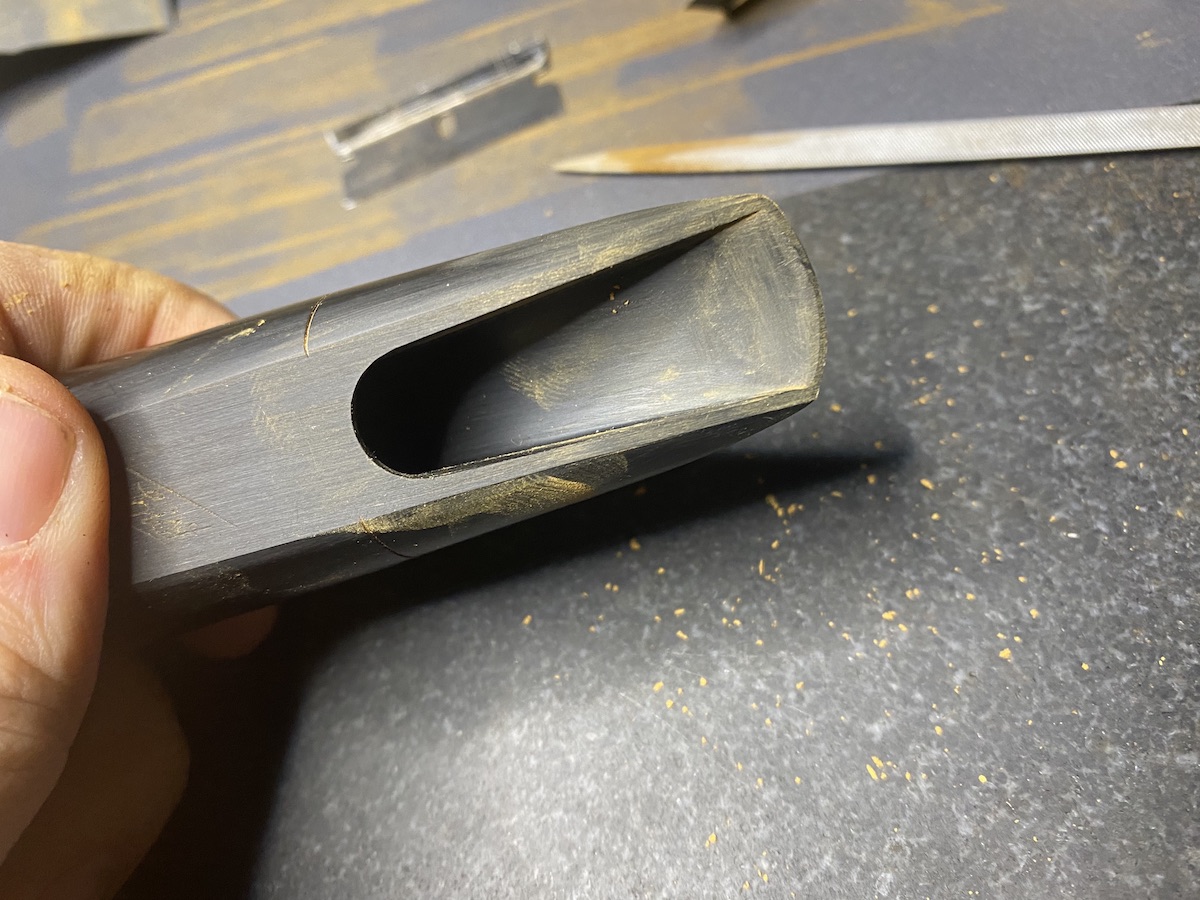 Due to removing material, the table of the mouthpiece starts to get large. So I traced a reed on the table, and narrowed the table/rails up as well. 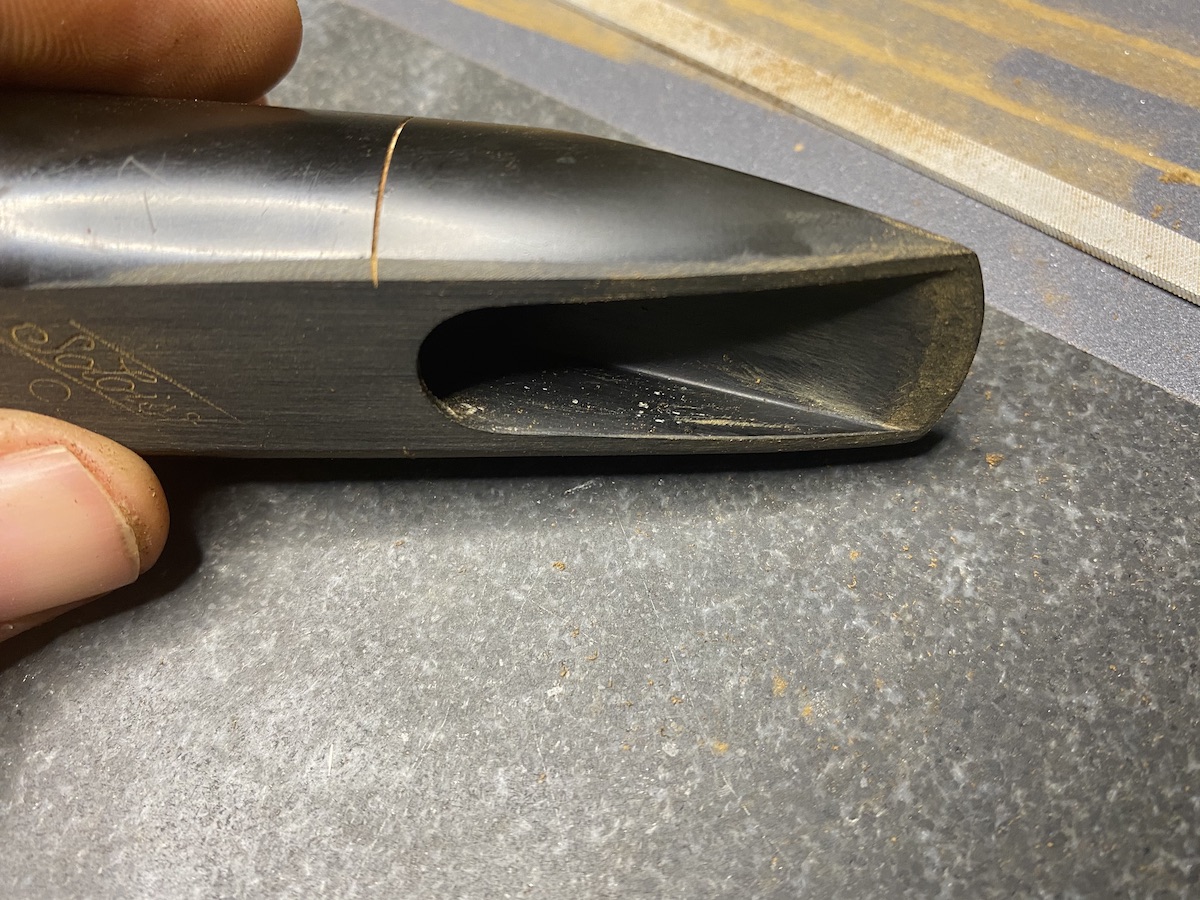 After a couple swipes on some 1000 grit along the facing curve, I polished the file marks with sandpaper as well as a hand polishing compound. 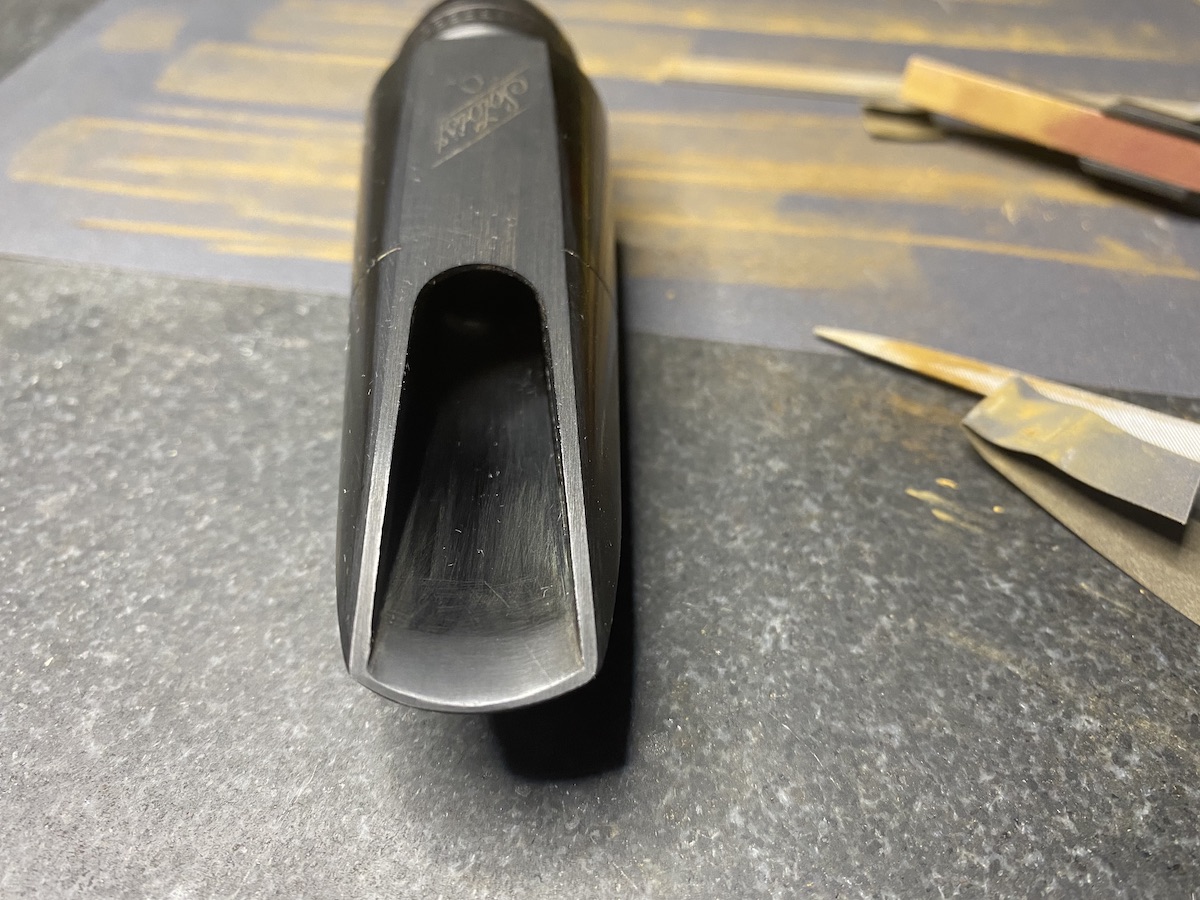 At this point, I’m play testing and trying to dial in the baffle. This piece was a bit harder than others I’ve done, as it is the first I’ve worked on that was previously hacked up. All in all, it feels and sounds great.